The Rushing of the Sea - Fund Me! 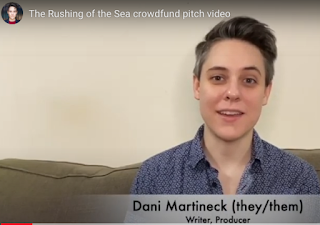 If you're looking for a way to support the arts - that doesn't include books - look no further. The Rushing of the Sea is a short film project from the delightful Dani Martineck. Related by marriage, they have no novelistic gene. Dani writes for the screen, in addition to producing and performing. You can help fund the project here, and we're not talking about millions. You too can be a Hollywood mogul for like $20.
Posted by Michael J. Martineck at 7:13 AM 0 comments 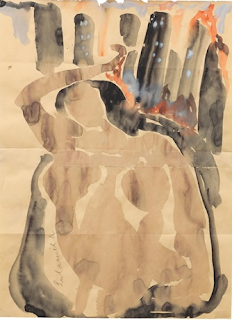 Untouchable is a crime/mystery novel written by Michael Martineck. After an undercover operation goes bust, FBI Special Agent Leah Capello is recruited to investigate the case of a stolen Keifer painting. But her investigation goes off the tracks when she meets the Russian billionaire Stepan Markov and finds herself plunged headfirst into solving the kidnapping of his four-year-old son. Further complications arise as Leah is forced to work alongside the unpredictable art connoisseur Joshua Fawls, whose psychometric abilities seem to cause as much hindrance as they help. However, the duo soon learns to work together and find out that they might have more in common than they previously thought. As they move through the underbelly of the art world, they find that their only chance remains in getting an invite to a private auction organized by a man named Neal Pozner.

Untouchable is a well-written crime novel that provides a rare glimpse into the darker aspects of art deals and keeps you thoroughly entertained with its colorful characters and fast-paced plot. The relationship dynamic between Leah and Joshua takes center stage and feels like the backbone of the narrative. Aside from Leah and Joshua, Michael Martineck treats his side characters with enough care to make them seem realistic. I found the banter between Leah and Joshua highly amusing. There are plenty of twists and turns in the plot that keep you turning the pages with anticipation. Michael Martineck's frequent doses of humor also enhance the enjoyment of the story. I thoroughly enjoyed Untouchable and highly recommend it. 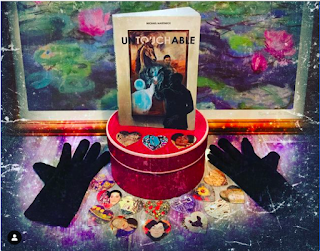 FBI Agent Leah Capello works in Art Crime and her recent sting operation involving Stepan Markov didn’t go to plan after the mysterious Joshua Fawls entered the room. The deal goes south and months of work are wasted. Leah is called to a gallery theft by the NYPD but Markov has staged the robbery to leverage her help locating Joshua in exchange for the missing painting. She finds Joshua in a compromising position and events get weirder from that point on. Leah learns the reason Joshua constantly wears gloves and refuses to be touched. He has psychic abilities and reads the emotion and circumstances surrounding an object with touch. Leah doesn’t know whether he is telling the truth or is simply a highly skilled conman.

Either way, she needs his special skills, uncanny luck and art world connections to save Markov's son who was kidnapped to keep Markov from an exclusive auction. The unlikely partners try to track down the location of the boy and the auction while identifying the kidnapper. An elaborate, fast-paced, and exciting search ensues full of intrigue, revelations, crazy ex-girlfriends, and dangerous adversaries at every turn. Is Joshua selling Leah a fabricated story just to cover his involvement in the kidnapping or is he honestly trying to help her solve the case? It doesn’t help that there is an obvious and tenable attraction between them that might be clouding her judgment.

This was a 🌟🌟🌟🌟 story with thrilling action and a compelling plot that involved high society manoeuvring, intricate storyline weaving with an unexpected supernatural twist. Leah and Joshua were fascinating and excellently written characters. You get a genuine sense of who they are and their motivations quite quickly which makes them easy to like. Their endless witty banter and obvious chemistry bring depth to the story as you will them to succeed both as individuals as well as a pair. Overall I was impressed with the narrative style and character portrayal. The ending did seem a little open for more but that might just be my wishful thinking.

(You should seek out more charming reviews by Kristel at livinginmyownprivatelibrary and Goodreads.) 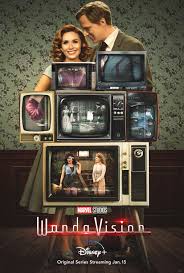 I loved Sonny Bunch’s March 8 Washington Post opinion piece on the finale of Disney’s WandaVison, despite the fact that he’s totally wrong about villainy, darkness and the purpose of entertainment. That last bit, purpose, is not discussed nearly enough. It also elevates WandaVision above fan bickering to more substantive debate about the strata of art.

Bunch’s point makes perfect sense: SWORD acting director Tyler Hayward was right to send a drone, and then White Vision (Cataract for you old school fans) to kill Wanda. She had mentally kidnapped and tortured thousands of people for what could be months. Wanda is the real villain, Hayward the real hero. This makes Monica Rambeau’s forgiveness of Wanda cowardly and depreciates the show’s daring look at grief.

So why is the audience encouraged to view Hayward as a villain? Because he is.

Hayward never wants to save the people of Westview, NJ. He lies and bullies his staff and outright assaults those he can’t control because control is his ultimate goal. He wants a sentient weapon and Wanda stands in his way. He never struggles over his decision to use lethal force, he conceals it. When Monica pleads with him for time, for a chance to avoid violence, he dismissed her. He wants power and people of Westview are incidental.

Now that doesn’t exactly absolve Wanda, but I disagree that the writers took the easy way out. They made sure both Wanda and viewers were confronted with the horrors Wanda wrought. “If you won’t let us go, just let us die,” Sharon (Debra Jo Rupp) begs of the witch. The morsels of true tragedy are mixed in throughout the show. Along with flying and punching and energy blasts and car crashes.

As it should be. WandaVision’s only mistake was being TOO good. The wily, imaginative step through a young woman’s grief process was so engaging it made us forget that it was first a show about superheroes. Entertainment. It should be celebrated for raising that art form, making it more tangible, all while casting the kind of spells that led us to watch to begin with, not scolded for falling short of Hamlet.

Art has layers. Art does different things at different times. I applaud WandaVision for doing many things at once. It was magical. 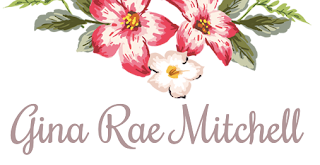 Untouchable is now on Gina Rae Mitchell's read list. Which is kind of a big deal for me. She was intrigued by the cover blurb. One never knows if those things work or not, so it's quite refreshing to hear had some impact. Of course, that means I didn't hear from people for whom it did not work, but I prefer, when it comes to my books, to be a that-glass-is-gonna-be-filled-again-real-soon kind of guy.
Posted by Michael J. Martineck at 6:51 AM 0 comments

The second best Martineck writer has a story out in the new Havok Podcast. Check it out, if you like things that are cozy, creepy and designed to make you smile.
Posted by Michael J. Martineck at 12:11 PM 0 comments

The Pull of Picasso 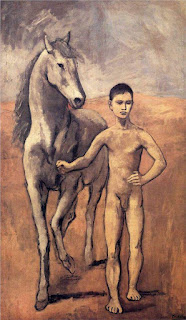 A work of art can lead you by invisible rein. I first saw Boy Leading a Horse by Pablo Picasso (oil on canvas, 1906) at the Albright Knox art gallery, in Buffalo NY. It was part of the traveling William S. Paley exhibit that opened on my birthday in 1995. While Paley was building the Columbia Broadcasting System, he amassed an art collection so intriguing and substantive that it warranted a good showing before being splintered off into the world’s foster homes for art.

I got lucky. The whole exhibition dripped with monumental works of art, including works by Cézanne, Degas, Matisse, and Renoir, but turning a corner and seeing this thing - Boy. I can still see it more than 25 years later.

Paley acquired Boy in 1936 and never sold it. He must have liked it, too. According to a lawsuit filed on behalf of the Mendlessohn-Bartholdy family, the relatives of composure Felix Mendelssohn also liked it very much and only sold it at the insistence of the Nazi party. The painting’s first owners (after the gallery that briefly held it) were Leo Stein and his sister, Gertrud – writer, art lover and matron of the Lost Generation. I don’t know why they parted with it, but they kept it for nearly 20 years.

So a long tether connects my book Untouchable with Hemingway, Fitzgerald, Lewis, Pound and Wilder. A continuance of inspiration.

I knew none of this when I first saw the piece. Didn’t know its name, nor its famous painter. All I knew was stature and color and power. It pulled me and held me; it led me through my last novel. Like I was a horse. 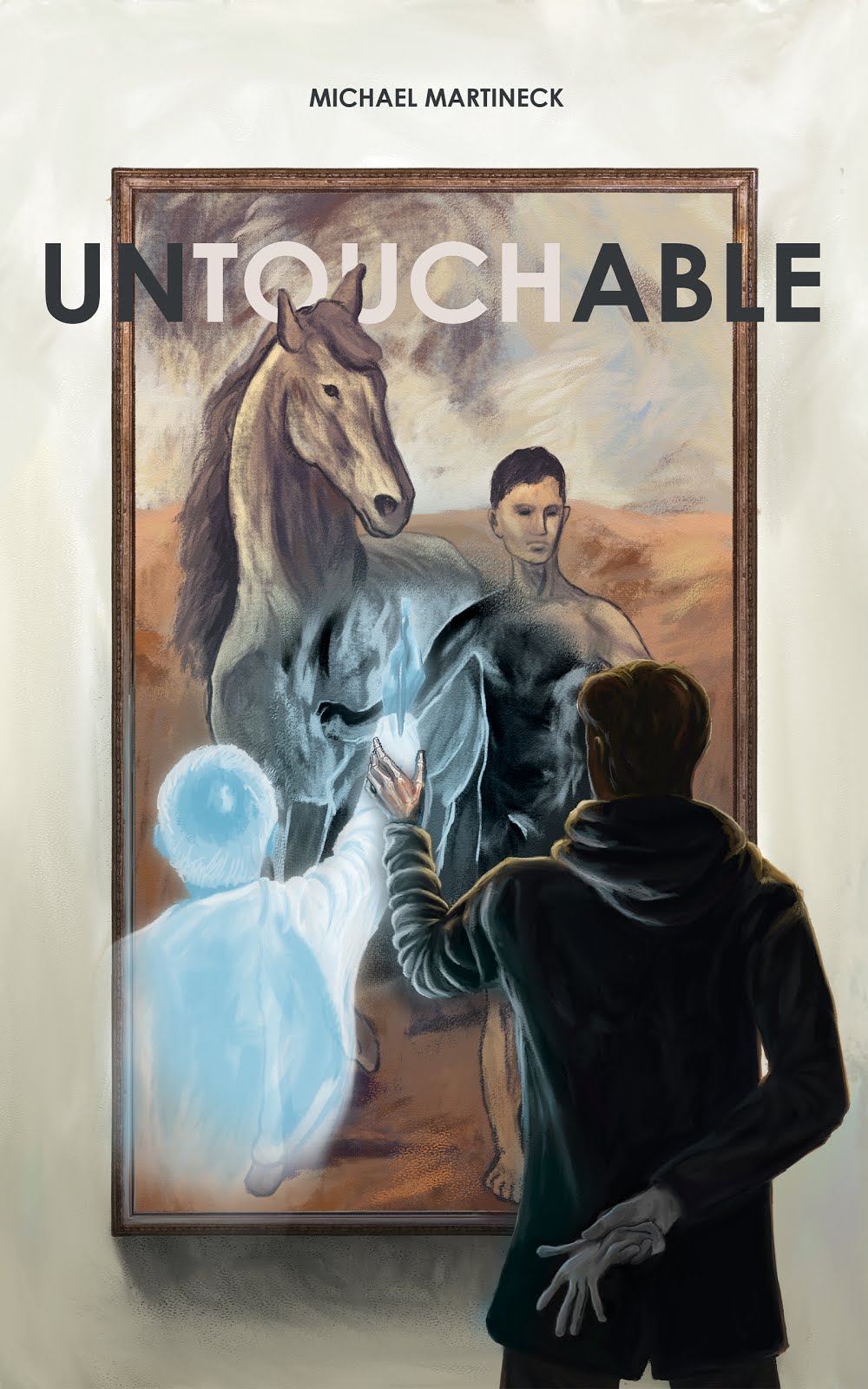 Art and crime, shades of the same color

" . . .well-written crime novel that provides a rare glimpse into the darker aspects of art deals and keeps you thoroughly entertained with its colorful characters and fast-paced plot." Pikasho Deka for Readers' Favorite.
"This was a four-star story with thrilling action and a compelling plot." Krystel Greer livinginmyownprivatelibrary