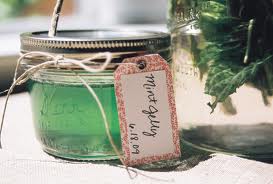 I have found a story – and kind of novel, really – with no title and no author, chopped up and hidden on the Internet.  The first chapter was stashed here on my blog.  The others are Easter Egged into other sites.  The clues as to where seem to be in the text itself.

I’ve decided not to purge the hack from my site.  I’m curious.  If you peek at the first chapter you might see why.
Posted by Michael J. Martineck at 11:25 AM 3 comments

I don’t want to blow away the Second Amendment like a cantaloupe from 20 yards.  Really.  Guns are valuable and save lives.  Like fire extinguishers and life rafts and all kinds of other paraphernalia we don’t, as a people, fetishize.  The problem is guns are cool.  Not just what they can do and the power the project, they’re just cool.  A Triumph Bonneville is cool.  A TAG Heuer Carrera is cool.  A Walther PPK .380 is cool.  A DeWalt cordless drill is not particularly cool.  The firearm – a necessary tool – should be more like the drill and less like the motorcycle.  All guns should be hot pink.

Not National Geographic yellow, safety orange or even lime green (too racy).  They should be a grossly bright, over-stated, emasculating pink.  Some of the mystique would dissipate in the glow.  It shouldn’t really matter what color your tool is anyway.  A tool should be purposeful, not a life-style choice, bauble or proof-of-rank.

Mandating that all guns sold to civilians in the U.S. be, and remain, hot pink wouldn’t erode any right to bear arms.  Yes, hunting might become slightly more difficult.  I don’t know.  The orange vests didn’t seem to give the deer legs up.  Turkey? I’m doubting the camouflage helps that much.  They’re wily.

I don’t doubt fewer guns would mean fewer gun-related deaths in this country.  There would be fewer guns if they had the panache of bubble gum.
Posted by Michael J. Martineck at 12:38 PM 1 comments

I like this TV spot very much. So here it is. http://youtu.be/wb82UCbRMSg
Posted by Michael J. Martineck at 12:20 PM 1 comments