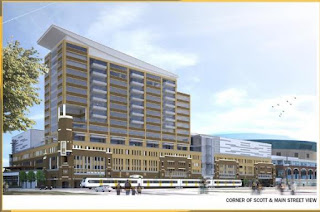 Buffalo Sabres owner Terry Pegula has been anointed prime developer of the Webster Block in downtown Buffalo.  It’s a great plot of land, a pivot point between the waterfront and the arena in which the Sabres play professional hockey.

It’s brilliant.  There is nothing else like it in North America.  A hockey mecca, capable of attracting all kinds of icy tournaments.  The idea actually builds on Buffalo’s strengths, rather than plow over its weaknesses.  It’s such a great idea I think we should think even farther outside the rink.

Let’s give Pegula the rest of the city, too.

America, this wondrous melting pot, thrives on diversity.  A free market, with a democratic counter-weight, the republic was called forth by the voice of the people.  That does not mean that everywhere, all the time, in this great land, we need a freely elected government.  We are big and strong enough to handle a little pocket monarchy here or there.

I say we make Terry Pegula Lord of Buffalo.  Let him rule over the city, first ward to Hertel, West Side to East, and see what he can do with the thing.  It won’t be that much different from the Griffin administration, just a little more honest about the structure.  It’s not completely unprecedented, either.  Native Americans have nations within our nation from sea to shinning sea.

Terry Pegula seems clever, industrious and loves the city.  What else could you ask of a leader?  With one stroke we cut down the infighting, competing fiefdoms, petty political parries and thrusts.  No more deflections.  One ruler, one person responsible, maybe one unified step forward.

Besides, if we don’t like it, we revolt. It’s all the rage now. A Buffalo Spring.
Posted by Michael J. Martineck at 11:53 AM 0 comments 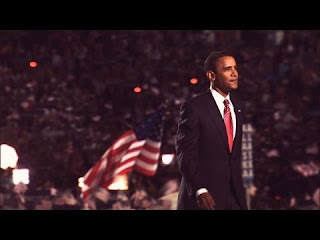 Regardless of what you think of Barak Obama as a president or a person, he is a very talented writer.  Last night’s acceptance speech proved, again, that the man knows how to string and sling words.  While Bill Clinton maybe more entertaining - more sly and folksy - Obama can work both the quip and the long arc.  Those are two very different skills and he displayed prowess with both in Charlotte.

Modern media demands tiny bites of information.  The fewer words the better.  No words, best of all.  If the media can stir you with a photo, they’ll leave it at that.  Internet memes, 140-character tweets, everything in the world crammed into 60-seconds of superficial blasts designed not so that you understand, but so that you’ll keep watching, listening or reading.  It makes the job of a politician very hard.  They have to sway you with quick, digestible mouthfuls.  Master chefs proving their worth with only hors d'oeuvres.  Obama preformed this task with aplomb.

“Feel a cold coming on? Take two tax cuts, roll back some regulations, and call us in the morning!”  Quick and potent.

“I’m the President.”  It doesn’t get much simpler than that.

What impresses me, though, is how good Obama is at the long arc.  He moved his speech from endearing to dower to uplifting, never veering or wobbling.  It was a complete tour of everything he needed to get across.

It was also one of the least arrogant speeches ever heard at a political convention.  He didn’t shy from touting this administration’s accomplishments, but he punctuated and pivoted the speech with this line:

“I’m far more mindful of my own failings, knowing exactly what Lincoln meant when he said, “I have been driven to my knees many times by the overwhelming conviction that I had no place else to go.”

After speaking of how humbling the presidency can be, he reflected his successes back on the populace, the people that elected him four years ago.  The credit for whatever good the Obama admiration has done was not trumpeted, it was given to us.  You don’t get that from every podium.

I naturally think being a decent writer is the perfect test for being a decent president.  Writers continuously balance their needs with the needs of others, dealing with the realities of economy, message, sales and accessibility.  Be creative, but not too creative.  Be clever, but not too clever.  Give the public what it wants, only better.  And you only get words with which to do it.

If writing well has anything to do with governing well, well . . . I was going to vote that way for all kinds of other reasons, too.  This just makes it easier.
Posted by Michael J. Martineck at 10:53 AM 0 comments