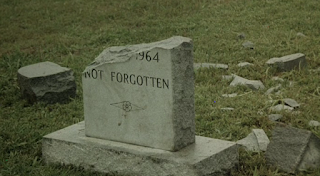 In the months before my birth, my father worked for the U.S. Department of Justice Civil Rights Division. A skinny kid just out of college with a strange, ethnic name. A Yankee. He went down to the deep South to help make sure everyone eligible could register to vote.

He was not supplied a sidearm or Kevlar vest. Just a paper card stating his name and authority given him by the federal government. That’s how he went to rural Alabama to suggest to some that their lifelong convictions about blacks and Jews and anyone else they might not like weren’t squaring with the rest of America. We were, as it states in our Declaration of Independence, all created equal.

Not everyone who took on such a mission lived to tell their story. In fact, my father never really told his. I’d ask, and he’d deflect. I came to learn that he felt sharing his stories carried a tone of self-aggrandizement. He did not go on some grand adventure. He did not go seeking glory. He thought African Americans should be allowed to vote. He was a Conservative and that, once upon a time, was a Conservative value.

I wish he was around to ask all kinds of things, but mostly, lately, I’d love to ask him what he thought about Confederate and Nazi flags, the new KKK and the threat to 52 years of progress. He’s not, so I guess it’s my turn. All our turns to reach down, grab onto the ideals at our cores and decide what we are, as individuals and citizens.

We all need to go deep.
Posted by Michael J. Martineck at 7:14 AM 0 comments