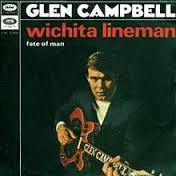 The repairman never came. My oven stopped working two weeks ago. I called the place where I bought it and they said the quickest they could send someone was two weeks. Fine. I always knew appliance repair people were in way more demand than writers, but I’m not about to switch careers now. First, I’d have to invent a talent machine to infuse me with mechanical acumen, and if I could do that, I wouldn’t be fixing ovens.

Jump ahead two weeks and I’m waiting around for this person. I get a phone call, and a pleasant young woman tells me he ain’t showing. It’s not worth it. The repairs on my oven are going to be so much that I’m not going to want to pay. He’s doing me a huge favor by not coming out and changing $125 for rolling into my driveway.

I tell the woman that this would have been a bigger favor the day before, or the week before, or maybe when I called, seeing has how they can diagnose over the phone and all.

“Does that mean you want me to send the man out, then?” she asks. “No,” I reply, because how could the answer be anything else? I didn’t ace my logic courses in college, but how could statement one lead to statement two?

In my head, I’m thinking, these people have my email address, phone numbers – plural – and it’s the 21st century. I’m not in the witness protection program. On the odd chance that Ridley Scott wants to turn one of my books into a movie, I want him to be able to contact me. As a result, everyone can get a hold of me any time.

Relieved my post on the repairman watch, I run up to the pharmacy. They had ordered something for me. “I’m wondering if my order is in,” I start.

The woman at the counter puts her hand up. “I’m sorry, the truck is not in yet. You’ll have to come back tonight.”

“But,” I say, “I haven’t told you my name or when I ordered this stuff, which was a week ago.” I give her my name and she leaves. I have hope that she’s looking for my order, though I can’t really be sure. I am, at this point, doubting my ability to communicate with young woman or older woman or anyone.

She returns with my stuff and I’m gone, back out into the world, into the Information Age. Information is not communication and I don’t think there’s any repairman that can fix that fact.

And if there was, I’m not sure he’d show up.
Posted by Michael J. Martineck at 7:22 AM 0 comments