For writers, a peek behind the curtain 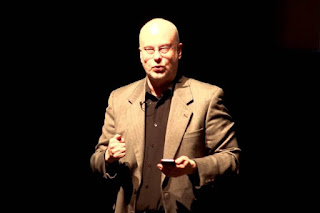 I am loving Robert J. Sawyer’s Patreon account. For those not familiar with either –

Shame on you. Robert is one of my favorite writers. He’s probably most famous for his novel Flash Forward, which became a television show. He should be most famous for Quantum Night, which imagines technology for detecting psychopaths. The book is insightful and terrifying, and not in a jump-scare, creepy ghost kind of way. It’s been more than two years since I read it and I still think about it from time to time. There is no better review than that.

Not being familiar Patreon is OK. It’s not as fun as Patron or helpful as a Patronus. It’s close on both accounts, and you don’t need a lime, salt or wand. Patreon lets you become a patron of your favorite artists. You get be someone’s Baron van Swieten or Peggy Guggenheim. Artists get to spend more time creating than marketing, which is what you really want them doing.

Robert’s Patreon feed is more than new material. It’s a very candid look into what it’s like to be a professional writer. He is not giving you a glossy, sugar-coated public relations statement. He is not marketing. And it is very refreshing.

Not a lot of writers like to write about the harsh, mercantile side of the business. Even fewer make it a continuous theme. Robert’s feed talks about frustrations, economics and process. But it’s not dower. He talks about smiles as much as frowns, because that’s how life is. Even the life of a successful writer.

While anyone interested in biography would be interested in these posts, if you’re an aspiring writer, Robert’s Patreon account is an ongoing paternal talk you don’t get from most dads. It's insightful and terrifying.
Posted by Michael J. Martineck at 11:41 AM 0 comments