Wait for the beep. 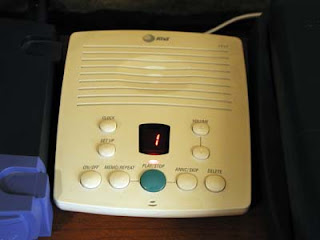 I try not to be too snarky, but this is my next out-of-office message:

"Hi, you’ve reached the desk of Michael Martineck.  I’m out of the office, so please leave a message.  If this is an emergency, please call Jim.  He’s not in the Advertising Department.  He did two combat tours in Iraq and will tell you what a real emergency is."

A first-responder in the advertising world is someone who gets to the meeting ahead of everyone else to get the pick of the muffins.

Posted by Michael J. Martineck at 8:19 AM 0 comments

Take Pride in Your Gun 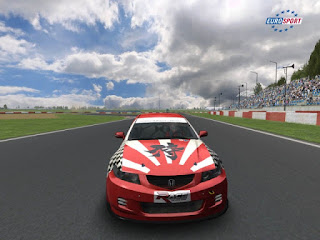 There are oodles of things I don’t understand about gun control debate, but one of the most important – and least discussed - is pride of ownership.  Samurais had to earn their swords.  So did medieval knights.  A combination of culture and cost prohibited every yahoo off the farm from possessing the world’s most lethal personal weapons of the time.  A sword became a source of pride and prestige.  What I can’t understand is why gun lovers don’t what a bit of the same.

Getting your racing license is cool because racing cars is dangerous.  That’s why you can’t do it on the streets.  It’s easy to kill other people with a high performance vehicle.  So, there are tracks, sanctioned events and you need a license to race.  You have to take a course, learn the rules and safety protocols and then show proof of proficiency.  Getting your racing license means something.

I’m betting a lot of true gun lovers feel this way.  Guns are not for everyone.  Access, sure.  Everyone should have the opportunity.  But they ain’t blenders, right?

The gun lobbies don’t feel this way and that is the real shame of the matter.  Commonsense restrictions are painted as slippery slopes, catastrophes for the firearm enthusiasts, Hell in a handbasket.  Because gun lobbies need enemies to generate cash.  If they win, they loose.  No one sends money to the suffragettes anymore because women got the right to vote.  Gun lobbies need to demonize all gun control legislation, regardless of logic, because people don’t get fired up and write checks to promote reasonable compromise.

At least, they haven’t.  I’m curious to see what happens next.  Racecar drivers don’t want to be on the track with someone who doesn’t know what they’re doing.  Maybe gun owners will start to say the same thing about the streets.
Posted by Michael J. Martineck at 10:59 AM 0 comments