George Bush is the sodomy president 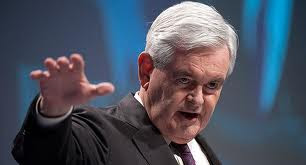 I like Newt Gingrich’s reasoning Monday night, at the Republican Party’s Martin Luther King Junior Memorial Debate. His assertion is that a president is directly responsible for whatever happens during his (or someday her) term. Here’s my favorite quote from the evening:

“First of all, Juan, the fact is that more people have been put on food stamps by Barack Obama than any president in American history. I know among the politically correct you’re not supposed to use facts that are uncomfortable.”

That’s why he calls Obama the Food Stamp President, get it? The number of people on food stamps rose during his Presidency, so he must be putting them on the program. I don’t know how many people he personally signed up, but Newt seems to think it’s significant and a fact. It’s a fun kind of logic that people don’t seem to be enjoying yet, but I’m sure will catch on. By Newt’s reasoning:

Lawrence v. Texas made sodomy legal in 13 states, so George W. Bush is the Sodomy President.

The U.S. deported a record 393,000 people in 2010 making Barack Obama the toughest anti-immigration president ever. The Hard Boarder President? The Homeland Defender President? I don’t know. Newt can pick one.

It’s a fun game. I hope more people start to play.
Posted by Michael J. Martineck at 6:02 AM 2 comments