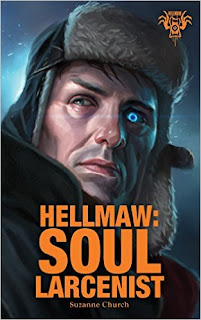 I picked up Hellmaw: Soul Larcenist because the author, Suzanne Church, is a riot to read. And I use that uncareful word carefully. Like an actual riot, Suzanne’s stories can be loud, fast, funny, full, purposeful and end with a lot of broken glass and blood. Her novel length work is no different. This book moves and moves and moves. I enjoyed the blending of genres and moods - gritty procedural, shadowy horror and a hint (only a hint, I actually wanted more) of rom-com just to throw you off. She is a skillful writer. You can sit back, read and relax, knowing that she will continuously entertain.
Posted by Michael J. Martineck at 12:23 PM 0 comments

What to do when a comicbook villain attacks 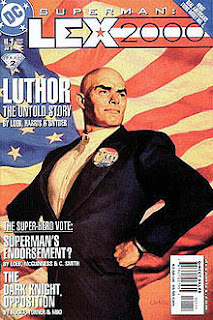 You’d think after more than 75 years America would know how to handle a comicbook villain. Yet here we are, watching one take over the Republic party and we all seem helpless to stop him.

Don’t feel bad. When Lex Luthor became president in the DC Comics world (circa 2001), Superman and Batman were stymied. Of course, that Earth has a bunch of superheroes. All we’ve got is a sensible electorate?

OK, it’s up to us. The people. What have we got? When you’re a comicbook writer, you constantly examine strengths and weaknesses. That’s how you make stories. In this case, we start with Trump. An excellent character name. In various card games, trump is the suit that beats all the others. Were I writing this story, I might find that a little too contrived – a power suit making a run at the presidency? – but I ain’t writing this plot line. No one is. Michael Bay would be doing a better job that this. 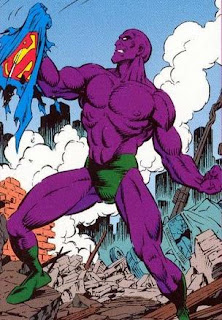 Trump’s powers are formidable. He’s more like the Parasite than Luthor. He sucks in all the energy that’s thrown at him, growing stronger from what should be devastating attacks. Racism, misogyny, or what I incorrectly announced would be the coup de grâce of his campaign: Stating John McCain was no war hero. This should have pushed him to the sidelines with the gung-ho crowd. Everything he says should push him off somebody’s list. Yet he continues to gain and gain and gain.

Those of you familiar with the energy sucking creature trope know we’ve got two options. (1) We feed him more and more until he finally can’t contain himself and explodes. I’m not a fan of this as the US only has like 330 million people and I think the Donald can handle that much attention. (2) Total isolation. This is how Superman usually defeats the Parasite. If he can’t touch anything, if he is totally alienated, then he shrivels into irrelevance.

If the Republican Party is as ballsy as it always claims to be, this is the play. No more debates, no more discussions, no more mentions of the name. He gets the full Lord Voldemort treatment.

There is no other way.
Posted by Michael J. Martineck at 12:28 PM 0 comments