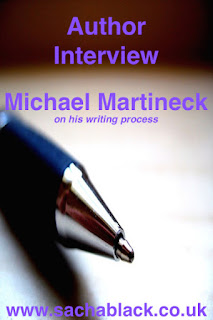 The writing process is actually more interesting than half the stuff I read. (I won't comment on half the stuff I write.)  So I was pretty happy when Sacha Black asked to interview me about the way I go about things. For the moment, it seems Kim Jong-un has not blocked this interview, but that may not last so enjoy it while you can.
Posted by Michael J. Martineck at 5:39 AM 0 comments

The Milkman - by way of Chris Hedges 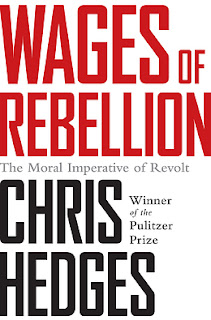 In his latest book, “Wages of Rebellion: The Moral Imperative of Revolt,” Chris Hedges argues that the world is on the cusp of revolution. French style - with world churning upheaval.

Here's my favorite quote from an interview with Salon: "There are all sorts of neutral indicators that show that. Low voter turnout, the fact that Congress has an approval rating of 7 percent, that polls continually reflect a kind of pessimism about where we are going, that many of the major systems that have been set in place — especially in terms of internal security — have no popularity at all." Followed by: "This is symptomatic of a state that is ossified and can no longer respond rationally to what is happening to the citizenry, because it exclusively serves the interest of corporate power."

I like when other writers think governments have become little more than middlemen. Makes me feel less alone.
Posted by Michael J. Martineck at 10:28 AM 0 comments