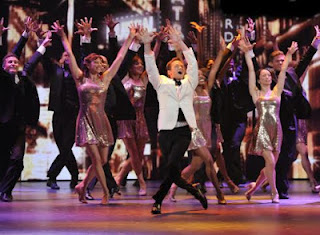 The Tony Awards is consistently the best produced awards show on television. There isn’t really a second place. It should be expected, I supposed. Putting on a show is what these people do for a living. If the Academy Awards was a film, I’m certain it would be way more watchable. The Golden Globes should be reality show and there is simply no hope for the Grammy’s. (You can’t have old people comparing apples, lemons and ugly fruit expecting to get an acceptable spectacle.)

Neal Patrick Harris hosted this year’s show. He also produced. He should receive an Emmy for smashing the last 66 years-worth of song winners into one show-stopper, let alone his service to the rest of the production. And as long as he’s going to be at the Emmys, the Academy of Television Arts & Sciences should ask him to host.

Of course, I’m not being completely fair. Part of the reason I love the Tonys is that I have no stake in the outcome. I don’t get to see Broadway plays. I do watch movies, too much TV and listen to all kinds of music. I can’t help but have opinions, opinions that do not match those of the various voting bodies. It’s frustrating. Thank God they don’t televise the Booker Awards, Nebulas or Nobel Prizes in Literature. I’d be chucking mint Milanos at the TV all night.

I relax by not caring.  Surprised more people don't.  So for now, I’ll enjoy the Tony Awards. Until I write a play. Then I’ll hate those too.
Posted by Michael J. Martineck at 8:08 AM 0 comments