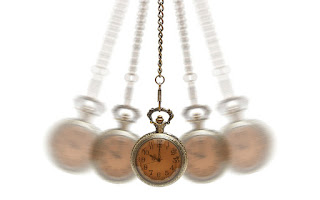 Liberty swings like a watch on a chain. Forces like individualism push on the needs of society, privacy pulls against security and the watch sways up, down and up again. We can follow the movement with literature.

At one apex we see George Orwell’s 1984. I wanted to see what the other side, the Libertarian utopia, so I went about writing two novels. And I have learned two things. First, a world without governments works just fine. Second, one person’s ‘works just fine’ is another’s hell.

The Freeworld, as I envisioned in it The Milkman and The Link Boy (EDGE Science Fiction and Fantasy) is set in the near, post-government future. Corporations have foreclosed on debtor governments, disbanded them and bought each other up until only three mega-corporations remain. Everyone works for one of them, birth to death. It is a world free of laws. At least, the unnatural kind.

Natural laws are immutable - gravity, weak force, conservation of energy . . . the fundamentals of economics. In fact, when you fully loose economic forces from the hands of government, they are stronger and easier to see.

One of the first things I realized exploring a post-government world is that it pretty much works like the one we’ve got. People need to eat, drink and not die from dysentery. There is a buck to be made from each of those things, so demand will draw supply. Making such services available requires an educated workforce. Extrapolated out, one finds a world with schools and roads to reach them and power to light up their white-boards. By necessity, corporations in the Freeworld provide universal education, healthcare and even vacation time to create and maintain a workforce that is also a large customer base.

Then there are the things companies don’t need. Privacy? Nope. The company controls all communication and commerce. Personal choice? Algorithms are much better at determining your capabilities than you are, with the added benefit of filing in company needs. Guns? None. The odds of you killing someone the company educated and nurtured until he or she passed peak productivity is too great. Everyone knows liberty has a price, but the costs have changed quite a bit over the years. The tyranny of kings has long passed. We don’t face swords and cannon. We face someone taking our iPhones away or telling us our babies can’t have heart surgery. While not oil painting worthy, they are not small things. We succumb to those threats. No one wants to go backward.

There are places where liberty and the free market part ways. The market, after all, serves the market, not infant mortality rates or quality-of-life indices. Capitalism and Libertarianism are very different words, for reasons that are not always apparent. So I wrote two books for their appearance’s sake.

And because sometimes I think we’ve been lulled into thinking freedom for us, as individuals, is the same as freedom for corporations. The droning voice telling us that started with ‘your eyelids are getting heavy.’ We don’t remember that part too well.

I hope you at least remember my books. They are hypnotic.
Posted by Michael J. Martineck at 6:30 AM 0 comments