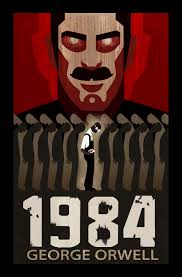 Hey, I love George Orwell’s 1984. It inspired me to write The Milkman, which is actually the book I wish was surging right now on Amazon. Not because it’s mine – not entirely, anyway – but because I think it gives America a glimpse of what waits down the road. The corporatization of the US, and the rest of the world, has been fomenting for centuries. Now, like a 300-year old toddler, it’s hit a growth spurt and I wish people would use my book as a What to Expect when You’re Expecting a Post-Government Society.

It started with the British East India Company in 1600, one of the first enterprises owned by shareholders and the very first multinational corporation to take over a foreign country and hold it for a quarter of a millennium. Although the company dissolved in 1874 it was more a victim of its success rather than a lack there of. England and India dismantled it before it became “too big to fail.”

Corporations having been following its model ever since. Improving on it. Stretching into multiple countries, so no two can keep up for a take down. Diversifying, so has not to be a hostage to the price of tea. Or oil. Ingratiating themselves into everyday lives – healthcare is about as intimate as it gets. And chipping away, day after day, at their counterweights: press, organized religion, government.

In the US House of Representatives, there are 30 lobbyists per legislator. In the Senate the ratio is 131 to 1. The majority of lobbyists have ties to business interests. Corporations have more representation in Washington than the people. Thanks to the Supreme Court’s Citizens United v. FEC decision, corporations have a right to free speech. Money is speech and they can spend as much as they want and, well, they’ve always got more than you do. I don’t care who you are reading this, there’s company with more money than you.

They have used that power of speech to put more corporate-friendly people in public office, eroding the power and purpose of government. You know, an Exxon CEO in the State Department. Five Goldman Sachs alumni in Cabinet or advisory posts. Pro-business Supreme Court Justices and an Attorney General. That kind of thing.

I'm not saying business is bad. My novel-length thought experiment does suggest checks and balances might not be terrible. In The Milkman no one is “endowed by their Creator with certain unalienable Rights, that among these are Life, Liberty and the pursuit of Happiness.” All rights are granted by corporations as conditions of employment. Not exactly freedom as we know it.

That’s it. That’s where we’re headed. I’m thinking by 2084. Perhaps my book will be a best seller by then.
Posted by Michael J. Martineck at 8:28 AM 0 comments

The Milkman comes to the Supreme Court 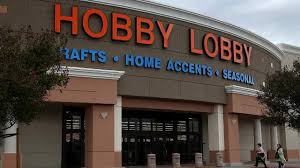 It was fun writing the Milkman. It has not been all that much fun watching the real world amble towards my fictitious one. Most recently . . .

The nomination of Judge Neil Gorsuch to the Supreme Court seems like a victory to large segments of the US population. None of whom are the real, true beneficiaries. Nope. It’s corporations that get a new seat in the third branch of government.

Gorsuch looks like a conservative Christian, and maybe he is. I’m not the Shadow. I can’t peer into men’s souls. I can see what people do, though. This guy transfers power to corporations. From you.

As a Tenth Circuit judge rendering a decision in the Hobby Lobby case, Gorsuch said Hobby Lobby, in denying contraception from its health insurance plans, was “exercising religion.” The corporation had a religious belief.

This was not, as many believe, a win for religious freedom. We all had that going in. Any individual working for Hobby Lobby could choose to act on that freedom and not use contraception. This was a transfer of power from those people, to the company.

Corporations will continue to grab more power in the years to come. With Gorsuch’s confirmation, they’ll have more help.
Posted by Michael J. Martineck at 1:04 PM 0 comments