Guns are the new cigarettes 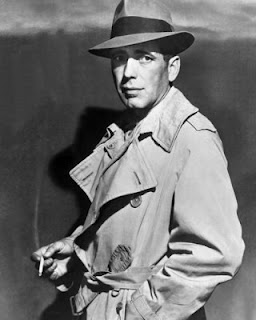 Smoking is cool. You only need to watch any five minutes of Humphrey Bogart on screen to know that’s true. Still, cigarette use in the US has been in decline for years. There are several reasons for this. Cigarettes are bad for you and everyone knows it. They have warnings right on the package telling you not to use what you just bought. Addiction therapies have improved.

Since the 1998 Tobacco Master Settlement Agreement, tobacco companies have been forced to stop marketing to minors (Joe Camel retired to Key Largo) and restricted in their advertising and sponsorship activities. Cigarettes companies are pretty much forbidden from making smoking look cool. And it’s worked. In the year I was born, 42 percent of American adults smoked. Last year it was under 17 percent. Even fewer young people are lighting up.

This is a great example of a demand-side initiative. Supply-side stuff - like Prohibition – hasn’t had a lot of roaring success in America. We like having choices. (We don’t always like others having choices, but that’s a different article.) Supply constraints are not easy to start. An act of Congress takes an act of Congress, am I right? Senators and Representatives traverse the lobby and you know what lurks in the lobby.

Decreasing demand, though. That’s a different story. In fact, it’s all about the story.

Tobacco companies were major investors in Hollywood from the 1920s through the 50s. Cigarettes were featured everywhere, and not just on screen. The studio system that prevailed at the time meant major stars often shilled for tobacco companies off-screen too. When movies took a bow to television, tobacco sponsored America’s prime time.

Then they didn’t. In 1971, back when Congress had the ability to pass laws, they banned cigarettes from television. Smoking has continued its drop-off ever since. We don’t want to smoke as much because we don’t see our personal Humphrey Bogarts with a cigarette in hand.

In Bogie’s other hand was something else he made cool: the .38 special.

I like guns, as I like motorcycles, wood chippers, catapults and nearly anything mechanical. There is no explanation for this, as none is required. I understand how important firearms are to America. I can tell you how unimportant they are to fiction, in any form. They are as cool as cigarettes, and we need them in print or on screen about as much.

Batman – no guns. Wonder Woman – no guns. Most of the Marvel universe? For every gun in a scene, there’s somebody kicking it free or waiting for a reload, because arrows, repulsers or smashing with green fists is way more interesting than point-and-shoot. You want to watch Jackie Chan and Chuck Norris in a duel at 20 paces? Hell no.

There were plenty of guns in the top ten grossing movies of 2017 (so far) but none were the feature. Webs, a lasso, swords (light or metal), claws and cars were the big draws. I wonder if Hollywood can’t push the needle. Nudge it in the direction it’s already heading. Deglamorizing guns doesn’t take them away, but it may make them less a source of identity. Less important. Less ubiquitous. By the laws of mathematics, less likely to go off.

Guns are tools, after all. They were never supposed to be fashion accessories or objects of worship. They are not “The, uh, stuff that dreams are made of.”
Posted by Michael J. Martineck at 10:26 AM 0 comments