Can we 'Win the Future' 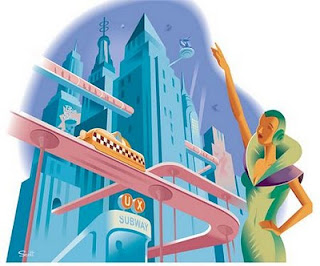 President Obama’s 2011 State of the Union speech will come to be known, if remembered at all, as the Winning the Future speech. Political pundits can swing back and forth at the thing for a full news cycle, like always, but this one calls out for new voices. As a science fiction writer, I’m honor bound to comment on the theme of the speech.

"The future is not a gift. It is an achievement," Robert Kennedy said. The President continues the thought, telling us the future is ours to win. He repeats the phrase, in varying forms, about 11 times in the SOTU hour. Of course, the problem is that ‘achievement’ and ‘winning’ have very little in common. I couldn’t win the Boston Marathon on a Harley V-Rod, but finishing? That would be an achievement. When it comes to the future, we need to be concerned about getting there, surviving, not dominating like the world is some kind of round-robin U.N. tournament. Games have rules and ends. The future has neither.

I think I speak for all science fiction writers when I say . . . that’s impossible. No one speaks for all science fiction writers. Everyone who peers ahead sees something different. Infinite paths converge and diverge from every moment. All we can really do the Speaker of the House, the label maker on the radio, the President of the United States, any of us¬—is prepare like Boy Scouts.

Obama’s future speech was actually pretty good on prep work. He didn’t sell it that way, because preparation is never all that salable. Nobody joins the football team to run through tires and lift weights. But the essence¬ education, business climate, building launch pads for the next big ideas all made sense.

I just wish it all could have been framed differently. When you look into the future, it’s easier to the see the fierce and scary than it is the bright and beautiful. There’s so much unknown. So much that can go wrong. And I’m not talking meteors, zombies, alien invasions and the flipping of the magnetic poles. Disease, war, famine, exhaustion of resources and climate change are not science fiction tropes. They’re too commonplace. Too real and in motion. Winning the future? Hell, we should all just want to be players.
Posted by Michael J. Martineck at 11:38 AM 0 comments 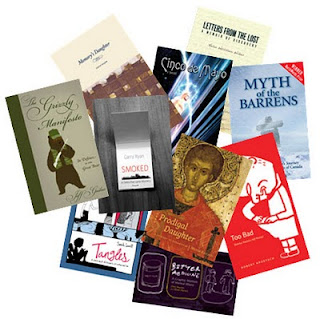 Cinco de Mayo has made it into the Albert Reader's Choice Awards top ten. I'm excited. It's nice to know that a group of librarians-presumably people who read quite a bit-thought enough of the book to put it through to the next round. Now it's up to the five champions to advocate for the novels they like best. There names are here. If you could go down the list and check to see if you had a 'thing' with any of them that they might not want widely known, that could be helpful. Thank you for you continued interest.
Posted by Michael J. Martineck at 4:39 PM 0 comments

I hate my inspiration 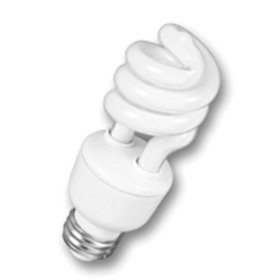 I never talk about my inspiration for my novel, Cinco de Mayo, because it’s so freakin’ trite. It’s that phrase: You never know a man until you’ve walked a mile his shoes. Banal tripe. You’ve probably bowled in someone else’s shoes, ever learn anything? You can never know the whole of someone else unless you’ve lived their whole life, fought their climates, listened to the late night whispers of their friends, heard the call of a chemical that’ll set things right and leaned against the gravity of families waxing and waning and spinning in place. It’s all so much. All too much. You can’t know a person because most of the time, you don’t even know yourself.

Unless you could. What would be helpful is a second party who knew the totality of your make up. What would another person think of you and your choices if they knew your whole story? That idea, that tiny question, lead to a lot of other questions. More than I could put in a book, really. That vapid statement about walking in someone else’s shoes. Disgusting, really. All that shared sweat. Hey, what’s that other phrase, about so many parts perspiration to some part inspiration? Yeah. I hate that one too.
Posted by Michael J. Martineck at 6:54 PM 1 comments

Anyone know a librarian in Alberta? Cinco de Mayo is on the long list for the Alberta Reader’s Choice Awards. Only librarians in Alberta Canada get to vote. I have no idea how to persuade Albertan librarians that my book is the best. I don’t have the budget for an Oscar-style campaign, though sending out cookies might help. Or is that too forward? Again, no idea. So, if any of you know a librarian up in the Great White North, ask them to put in a good word for my book.
Posted by Michael J. Martineck at 5:28 PM 0 comments