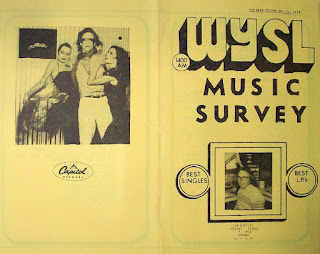 Veteran broadcaster, and my uncle, James Nowicki passed away Friday, December 6. A Grand Island resident for most of his life, Jim loved the Island, only living elsewhere when his first love demanded it. Radio was Jim’s real passion. He started his career here in Buffalo, but spent the mid-70s in Little Rock, Arkansas, where he had the most popular radio show in the city for several years. Returning to this area, Jim worked as a disc jockey, producer and promotions director on stations up and down the dial: WYSL, WPHD, WBEN, WJYE and WBFO (maybe a few others.)

In the early 90s Jim joined Metro Networks as a traffic reporter, airing on multiple radio and TV stations at once, including WKBW Channel 7. Jim took what radio people would call a regular job in 2003 working for Niagara International Transportation Technology Coalition. Broadcasting never let go though, as he continued to provide on-air traffic reports for Niagara Frontier Transportation Authority.

Jim was a recognized expert on the Beatles, early rock ‘n roll and Hank Aaron. He would drive hours not always to see Braves games, but sometimes just to get close enough to hear one on the radio. Even his interests were tangential to broadcasting. “He had great pipes”, as they used to say in the business. And he loved using them. The last thing Jim would want in his remembrance is a moment of silence. He’d want you to hear in his voice, “thanks for shopping the Jim Nowicki show.”
Posted by Michael J. Martineck at 11:29 AM 0 comments

I haven't posted in a while because of grad school. I'm still pursuing my Masters of English. At the halfway mark, I can say that I might actually finish. More than likely. It gets easier and tougher at the same time. The learning skills have been reactivated and I know how to use all of the online tech. But I'm getting tired and I have pushed lots of other stuff to the side. Apparently my daughter graduated from high school and is on her way to a college of her own. You look down for one more sentence and poof, you feel like you missed a whole story.
Posted by Michael J. Martineck at 8:41 AM 0 comments