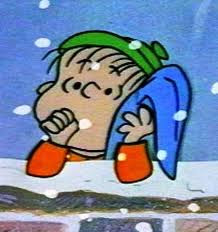 Crawl out from under your blanket. I don’t like to take advice, so I really don’t like to give it, but there it is – get cold. I’ve been to two conventions now, ostensibly to remind people that my novel Cinco de Mayo waited for their eager eyes at area book stores or Amazon. In both cases, I went knowing no one. Not my forte. I live two miles from the house in which I grew up, married my high-school sweetheart and never go to a restaurant to which I haven’t already been. My fiction spans the globe. I do not. Making conventions that much more formidable to me. More important, too. Somebody’s got to know I wrote a book, right?

Forcing myself out of my little writer’s pod as been the most challenging and rewarding aspect of the last two months. Out in the world, alone, I had to talk to people, so I did, and it turned out wonderfully. Science fiction and fantasy conventions facilitate friendliness in a way I hadn’t anticipated. The ice is already broken. We all already have something in common. Conversation flows like a creek in spring. I also enjoyed the lack of competition. These aren’t a trade show, with competing companies battling for attention. No one rooted a team they needed to see smash another team into irrelevance. Everyone seemed to want everyone else to have a good time. Very refreshing.

Attending a convention without buddies is like jumping into the deep end to check the temperature of the water. It can be cold. It can test you. It can also be a fresh experience and every writer needs those more than the security of a down comforter. Besides, conventions like these are really just a bigger blanket. As they should be.
Posted by Michael J. Martineck at 5:43 PM