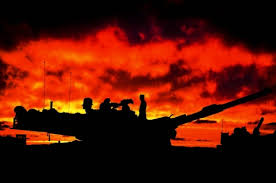 Sen. Tom Coburn (R-Okla.) wants relief for victims of recent tornados in his home state to be offset by cuts in the federal budget.  OK. Or what?  He pulled the same stunt when the victims of Hurricane Sandy were looking for help.  The whole thing seems like hostage taking.  In a crisis you help.  Period.  You negotiate concessions from political opponents when lives are not on the line.

The problem seems to come up frequently.  You want more money for the Federal Emergency Management Agency?  Cut food stamps.  Cut Head Start.  Cut some “pork” we can’t really identify by name because when we are specific some constituents get really, really mad.  Just never cut defense.  That is sacrosanct.  Even when the military says it’s OK.

In January the Pentagon said it didn’t need a half-billion dollars worth of Abrams tanks over the next two years.  Congress ordered them anyway.  The Air Force wants to retire several C-130 and C-5A cargo aircraft, B-1 bombers and unmanned aerial vehicles, saving us $600 million.  Congress said no to that, too.  The Navy planned to retire seven Ticonderoga-class cruisers over the next two years.  And you can guess the rest.

The usual argument is that Congress tries to protect the defense industry contractors in their districts.  I’m sure that’s the core of the reason, but I can’t figure out why Abrams tank manufacturer General Dynamics couldn’t start putting out fire trucks, rescue vehicles or other machines that help in natural disasters.  Their RG, Ocelot and Fox can be configured as highly capable emergency response vehicles right now.

No, I think the problem is image.  Weapons are cool.  If you buy weapons you’re a tough guy.  Sure, you’ve got to be pretty freakin’ tough to run towards a chemical fire or descend 400 ft. in a crumbling 200-year-old mine shaft, but it doesn’t seem to have the same panache as blowing crap to bits.  In the last ten years, nearly 3000 Americans have died from natural disasters, with ten-times that adversely affected.  So it’s not like battling terrorism is any more of threat than earthquakes, hurricanes or avalanches.

To fix the image problem, we should re-shuffle.  Make FEMA a new branch of the military.  And maybe instead of blowing up bridges in the mountains of Afghanistan, they could help fix a couple here.  Starting in the state of Washington, perhaps.   The mission of the Defense Department could stand a little more creep – defense against tornados, bird flew, sinkholes – all that stuff that’s out there right now gunning for us.

Posted by Michael J. Martineck at 7:52 AM