Enjoyment to the Max 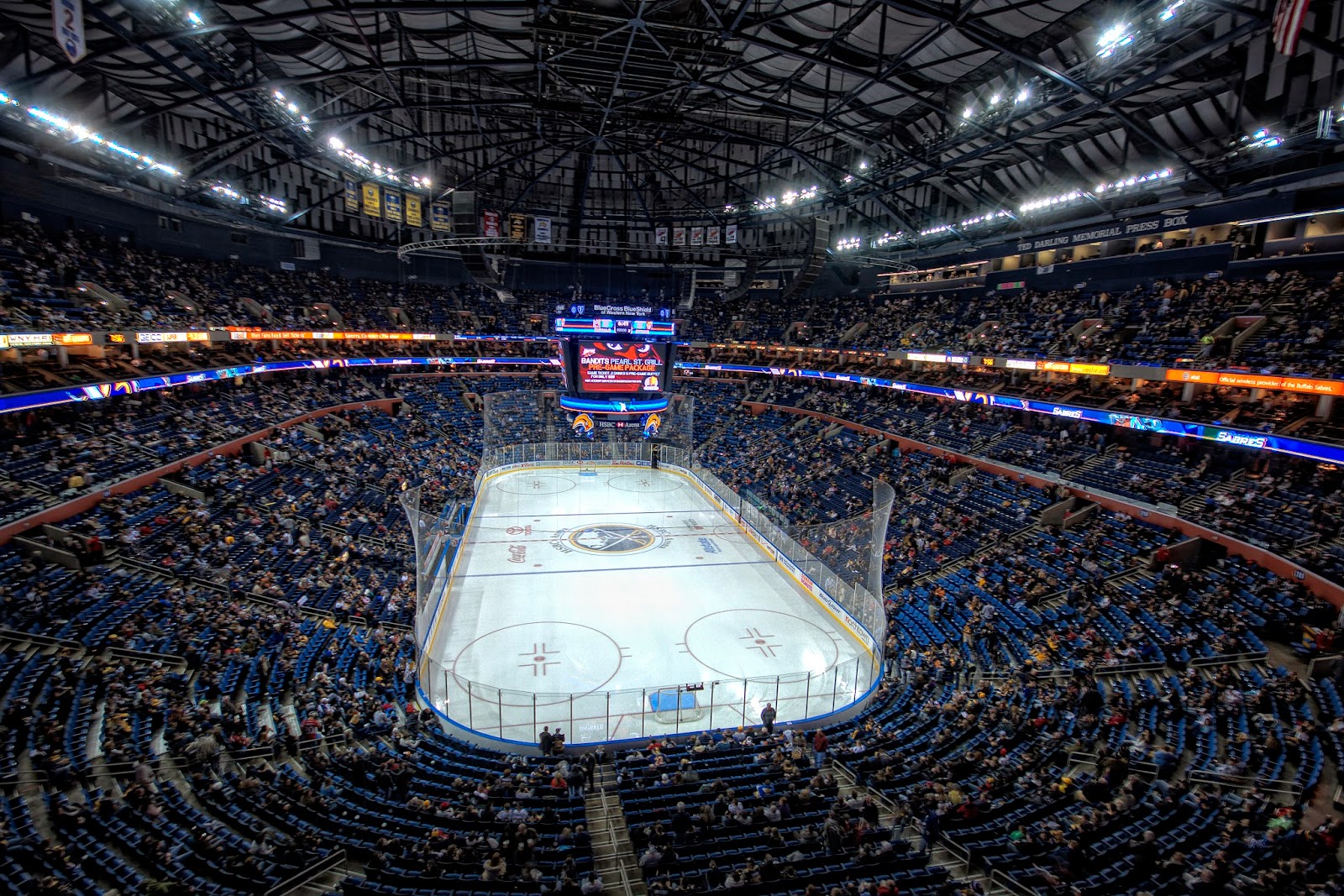 He likes parking and walking under the Thruway.  He likes walking past all the construction going on, with the super-tall cranes and skeletal building forms.  “You can see right inside!”  He likes escalators but he thinks they should be called “recurring stairs.”  I’m in full agreement.  He likes chairs that can fold up on you.  They’re funny.  Granted, he fits better in them than most fans.  He likes LED light boards and ribbons, projections on the ice, horns, bells, whistles and even though he’d beg me to changes channels if I tried playing it in the car – organ music at a hockey game is just fine.

He may or may not like the Sabres’ record this year.  I don’t know.  We never discussed it.  We both like that sound the puck makes against the stick ending a really good pass.

Starting now, I’m going to try to Maximize everything I do.  Should be more fun.
Posted by Michael J. Martineck at 7:59 AM