No ground for boots 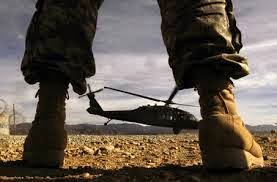 For the nation’s well being, we should have a cabinet post dedicated to the efficacy of language in America. Secretary of Usage would be fine with me and I really need to be the first appointee.

First item: Boots on the ground. No one is allowed to use this phrase. Not only has it gone limp due to a trite infection, it never should have been allowed out of military briefing rooms to begin with. If a sergeant in the Army says it, fine. He or she has presumably had their boots on hostile ground. Anyone else is turning a person into footwear. When you order a bunch of 18 to 24 year-olds into Syria, you’re asking young people to stand at the wrong end of assault rifles. You are not asking them to get their Timberlands soiled.

Second item: Game changer. If you are not actually changing a game, the phrase is disallowed. For the record, politics is not a game. War is not a game. A game is fun and the consequences do not include dismemberment, death or the collapse of the world economy.

Third item: At the end of the day. The chances of this phrase being used to reference an actual end or an actual day are so minuscule that the phrase is forbidden. Yes, the English language revels in metaphor, but this one is a verbal tick. It is six words to say ‘ultimately’.

Thank you for your time. God bless America.
Posted by Michael J. Martineck at 12:29 PM