The Milkman comes to the Whitehouse 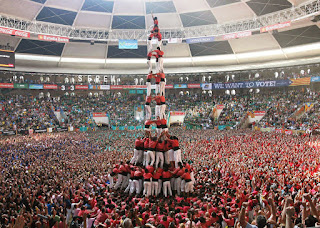 There has never been a president with no experience outside of the business world. From Washington to Obama, every president served in either public office or the military, a good portion did both. The business world was never considered a solely acceptable preamble for heading the executive branch of the government. Until now.

I’m not making a judgement call here, though I’m tempted. I am saying the corporatization of America has been steady, relentless and increasingly overt. We have taken one more step towards U.S.Inc. The steps are getting close together and hopping much more quickly.

Which is great if you write books about it. As to whether it’s great for anything else? It’s a matter of point-of-view. Like when you’re in a human pyramid. The view is awesome from the top.
Posted by Michael J. Martineck at 12:52 PM