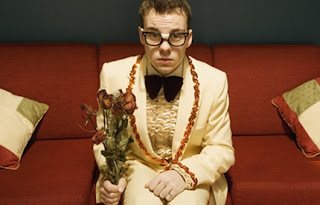 After swearing for the third time in my life that I was done, tonight I start writing a new novel.  The feeling is a little like a first date.  A tingle in the stomach – excitement from the vast expanse of possibility.  A vast that includes all the great things that can happen shadowed by the terrible, which is why I've quit so many times.

There is a particular kind of high that comes only from creating, and I think I may be addicted to it.  A runner’s high or that charge gamblers get.  There is also a peculiar disappointment deriving from the creation’s failure.  Deep and bewildering.  It is, for the most part, never worth the risk.  It is not better to have written and lost than to have never written at all.  Seriously.  It’s not.

Yet here I am again, because my publisher thought this last novel of mine might have a world interesting enough to warrant another book or two.  That is a wink.  A tiny smile.  And, of course, all someone like me needs to say “let’s get together every night at nine for the next year.”  Alcoholics don’t have one drink.  I, apparently, don’t flirt - I marry.  What do you say to someone who wants to get married for like the seventh time?