The hidden power of our Iranian deal 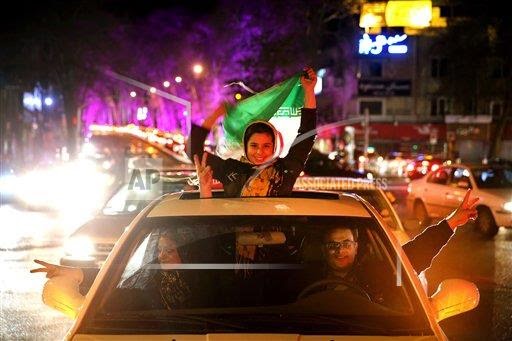 I have not yet heard anyone talk about the underlying, but powerful ramification of the pending nuclear pact with Iran: Sanctions. Or, more precisely – sanction flux.

It is spring in Buffalo. The thaw reminds you that life is no longer going to be like it was for the last five months. The cruel oppression of bellow-zero temperatures and nine feet of snow is lifting. You can venture outside with exposed skin. A little anyway. If you want.

The fact is, people get used to conditions - environmental, political, physical. We, as a species, adapt. Which is why we’ve got to oscillate the system on occasion. Our restricted dealings with Iran began in November of 1979. They’ve been on an ever-tightening noose ever since, dragging the rest of the world along. That is a full generation of Iranians living without full trade, full exchange of scientific advancements or full participation in the world’s economic community.

The cheering in the streets of Tehran last night had nothing to do with centrifuge inspections. Iranians know they’ve been missing out on something and now they are going to see what they’ve gone without. It will give the threat of being cut off again - should their government abandon their end of the bargain - much more force. This is the kind of personalized force no military can ever muster. The impact of economic sanctions is at home, every day. So to the boon that comes with their lifting.

Let the money flow. That really is what we do best.
Posted by Michael J. Martineck at 7:28 AM