The Milkman is coming . . . with apples 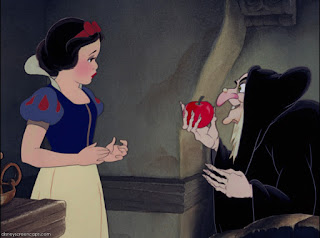 Canada is about to sign a trade agreement with the European Union. Don’t stop reading. Really. This is the economic equivalent of hearing a creak from your attic on a stormy night. You need to grab a candelabra and investigate. Climb those stairs with me. Climb on.

Most people do not ever care about international trade deals. And they shouldn’t because they are confusing to the point of being boring. Trying to prove they either worked or didn’t is like finding the causative link between cell phone use and quinoa consumption. (They’ve both been rising over the same time period. There’s got to be a connection!) The fact is, there are too many factors in play at any given time to clearly assess these vast agreements.

The North American Free Trade Act, Trans-Pacific Partnership, Canada’s Comprehensive Economic and Trade Agreement, the US version – the Transatlantic Trade and Investment Partnership all have one thing in common: They slide power from governments to multinational corporations. If farmers from Poland want to sell apples over here, the agreement says fine. No more pesky regulations and tariffs. Let the market decide who has the tastiest Gala for the tastiest price. They give the market more control of markets.

The control is taken from governments. Whether that’s good or bad is for you to decide. I can tell you for sure it makes governments less relevant. It puts a few squares ahead on the Chutes and Ladders of human history, closer to the free world of The Milkman, on sale wherever finer books are sold.

Reduced government, lower consumer costs, more market sensitivity – it’s all gift. Like a Polish apple. From a witch.
Posted by Michael J. Martineck at 11:28 AM