Russia and what we don’t get 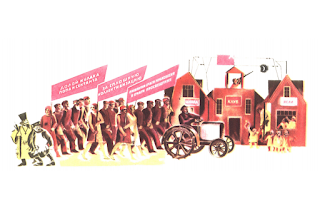 There is a disconnect between people who believe Russian collusion is real, important, and highly illegal – and those that think it’s jaywalking for the rich and famous. Of course the disconnect is wide and real because it’s the worst kind – the kind when both sides are right.

I’ve written two novels now about a post-government world. (This may make me the world’s leading expert.  Google search turns up no one else interested in the subject.) In such a world, corporations control everything, every aspect of life on the planet. They need workers and consumers, so they keep the water mostly clean, grow plenty of food, pick up the trash and educate everyone. Corporations don’t have much choice but to fulfill the needs of the people because they are for and by the people. Human well-being is a byproduct of profit maximization, but the end is still the same. Humans go to work, go out drinking, watch soccer and die.

The post-government world looks quite a bit like modern Russia.

Vladimir Putin is much more a CEO than an elected official. All of Russia’s major industries are controlled by Putin associates, as if they were divisions of the same massive corporation. There is a pretense of government, but leadership in Russia has changed less than Exxon-Mobil over the same time period. Elections are for show. Communication channels are restricted.

In the US, we still treat Russia like a sovereign nation, rather than the multinational corporation it has become. Our viewpoint, and policy written from that viewpoint, have not kept up with the times. The people who shrug their shoulders at laws prohibiting actions by a foreign country do so because they know, at least instinctively, that Russia isn’t much of a country anymore. Goldman Sachs and the Koch brothers get to insert themselves into American politics. Why not Russia, Inc.?

Oh, that’s right. It’s still against the law. And never will be a great idea. Corporations put the bottom line – and the power profit brings – as their top priority. Not you, not me, not even the employees as separate entities. Only the collective matters.  There's no disconnect there.
Posted by Michael J. Martineck at 1:12 PM