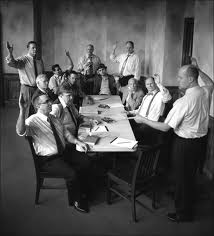 I don’t give two lumps about Congress’s current threats to hurt everyone but themselves.  Like most reality shows, this one has played out, becoming more unwatchable as it becomes more desperate.   What I do care about is the abuse of language.  For the vast majority of people, sequestering is the tucking away of a jury.  There is no other meaning.  To use the word for the general public in any other way is misdirection.  Because this ain’t a magic show in Vegas, that means the misdirection is a con.

Calling sever budget cuts a sequestration both elevates the action – it sounds so official – and obfuscates the impact.  The law should have ben called “Blind Cuts” or the “Mindless Cuts” which would help people better understand the stakes.

As would limiting the use of the word “politics”.  The connotations of the word have become muddied over the years.  It’s become a derogatory term, when in fact, it is necessary, but misunderstood.  If we were to call our elected officials “Compromisers” or better yet “Dealers” maybe everyone would remember what they are supposed to be doing.  They are not supposed to freeze, committed, unwavering on whatever stance they’ve chosen.  We could program iPhones with pat answers and send them to Washington if that’s all it took.

No, as a people we’ve decided to send a group of humans to our capital for the purpose of resolving issues too tough fix themselves.  To decided things.  You know, like a jury.  Sequestered until there is an outcome.

Maybe that’s the answer.  Maybe we should use ‘sequester’ the way most of us understand:  No one leaves that big dome until we’ve got a working government.
Posted by Michael J. Martineck at 8:04 AM